Have you ever questioned about the religion, beliefs, ideas, and practices, which you follow since your childhood?

It’s common for the people to believe in the philosophy and religion, instilled by their parents or family, that would not deviate whatsoever from doctrine and practice. In the noise of our bustling lives, no one would like to reinvigorate the influence of philosophy in everyday life. However, a 21-year-old UCLan graduate, author, theologian, and philosopher from Penwortham, Lancashire, is quite out of the ordinary.

“My faith is strongest when the night sky is clear.”

Cometan, born Brandon Taylor, who idolizes Plato, Buddha, Socrates, and Confucius, sought the understanding of existence through the prism of The Cosmos. The teachings of the Catholic Church, led by his grandmother, Irene Taylor, echoed his staunch and deep-rooted interest in generating numerous questions. His curiosities and devotion to religion and philosophy later became the founding aspects of the book of the Omnidoxy and the philosophy of Astronism.

Here is everything about Cometan’s biography, including his age, family, height, girlfriend, career, and a little insight on Astronism and the Omnidoxy.

Cometan, whose real name is Brandon Reece Taylor, is a Lancashire-born philosopher. The 21-year-old theologian, Brandon, graduated from the University of Central Lancashire with a degree in business and marketing. He lives in and around the city of Preston in Lancashire and plans to go on to study for a Ph.D. “Then came the time to let the world, into my world.”

After spending years loving the detective adventures of The Hardy Boys and the Nancy Drew, Cometan experienced a vision for the creation of a fictional mystery detective called Jesse Millette on his fifteen birthday. Between the age of 15 and 21, he experienced a series of intense ideations, which laid the theoretical and conceptual foundations of “Astronism.” Throughout his years in college and university, he worked vigorously to create a one million word-long treatise called “The Omnidoxy,” which became the foundation of Astronism.

Insight on Astronism and the Omnidoxy

Astronism is an organized philosophy founded by the autodidactic philosopher and author, named Cometan. Also known as the philosophy of the stars, it focuses on providing a set of concepts, theories, and beliefs regarding subjects such as The Cosmos and the issue of death. It has its unique cosmology with the Omnidoxy as its founding treatise.

“The Omnidoxy will reveal my philosophy to the world, and it shall encapsulate its ideas forevermore.”

Born as Brandon Reece Taylor on July 1, 1998, in Preston, Lancashire, England, Cometan grew up between two separated parents. He is blessed with a large family, featuring a total of seven siblings, two sets of grandparents, and many cousins. He is British by nationality and possesses a Caucasian/White ethnic background. Cometan with his mother, Louise Counsell, and step-father, Julian Counsell

His biological mother, Louise Counsell, is a hair salon and property owner; while his father, Sean Taylor, is a vending machine business owner. After the divorce, Louise married Julian Counsell (Step-father to Cometan). Likewise, Sean married his step-mother, Nadine Taylor, in 2009.

Cometan with his seven siblings.

Cometan has an older sister, Lucia Richardson, and six younger siblings. His five siblings – Kent, Kieran, Zara, Jay, and Edie Taylorian – are from his step-mother’s side. While his sisters – Lucia and Charlotte – are from his biological mother’s side. His brother, Kent, is the twin to his sister, Zara Taylorian, who were both born on July 2008.

Cometan celebrated his 21st birthday at a stunning English castle with his close friends and family on 29 June, two days before his exact birthdate.

Cometan has always been open about his love life with his lovely girlfriend, Liana Tiratsuyan. Similar to his cosmic sounding name, his girlfriend is known by “Cosma.” Liana is a Genocide recognition advocate and an Armenian university graduate. 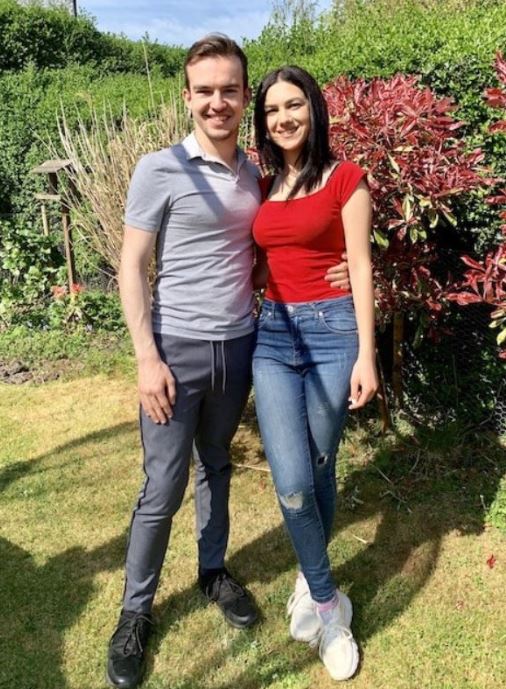 Cometan met Liana for the first time in December 2018 at the Zvartnots International Airport, located in the capital city of Yerevan, after a year of a long-distance relationship. It was love at first sight for Cometan, and he spent a week with Liana in Yerevan. He even depicted their love story in his piece of the Omnidoxy, which is now known as Cometanic love.

Cometan is still together with his girlfriend, Liana. They are likely to get married in days to come.

Cometan stands tall as he has a decent height of 5 feet 10 inches. He weighs about 65 kg. His blue eyes and brown hair complement to his fair white complexion.