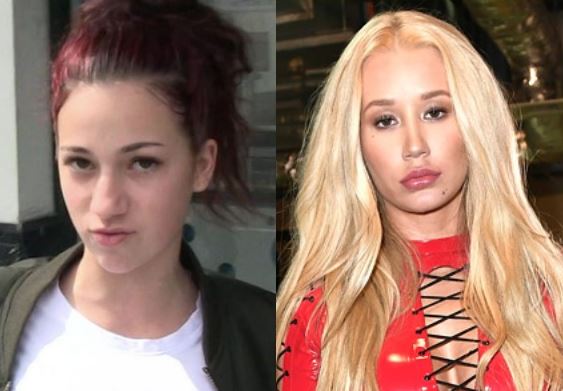 Danielle Bregoli, best known as Bhad Bhabie attacked Iggy Azalea with her drink at a Hollywood Party. She poured a full glass on Iggy on Wednesday night in Boulevard3. In the video by TMZ, we can see how ready she was to pounce; as it just took a second for her to unload full drink.

There was an immediate uproar — the crew members of Iggy started jawing back while Danielle’s security became tight. The bad-mouthing went on, as the 15-year-old girl attacked a 28-year-old girl.

What was the Cause?

Bhad was fired up as Iggy smacked her on social media. She once said that who would even go to her shows. Moreover, Danielle took immediate action for the cause.

However, Iggy is an adult. So, she seemed unfazed by her action as for her; Bhad is just a little kid who doesn’t drink alcohol.