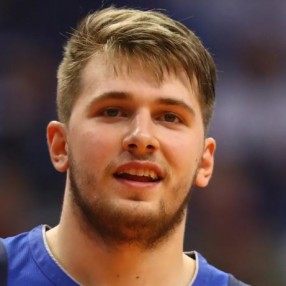 Who is Luka Doncic?

Luka Doncic, Slovenian basketball player, rose to fame for being drafted in the Dallas Mavericks during the 2018 NBA Draft. At first, he got picked by the Atlanta Hawks but later got exchanged with Trae Young and got named NBA Rookie of the month in Western Conference. Additionally, Luka made it to the Slovenia national team and won his first title, Eurobasket title in 2017.

Luka was born in Ljubljana, Slovenia on 28th February 1999. He is of Slovenian nationality and part of the mixed ethnicity with Serbian and Slovenian descent. Luka’s father, Saša Dončić, is a former player and coach who played and coached in the Euro League and Slovenian League. His mother, Mirjam is a previous model and dancer however his parents got divorced, and Luka’s mother won the case for his custody.

Luka started his career in basketball when he was at the age of eight as his father played for Union Olimpija and the coach asked him to play with kids of his generation. Later, he represented the club for the under-14 Vasas Intesa Sanpaolo Cup in 2011 and got named MVP of the tournament and came in second after FC Barcelona.

In 2012, Luka got loaned to Real Madrid to play for Minicopa Endesa and later signed a five-year contract with the club for five years. As he was new to Spain, he had to learn Spanish to adapt to the culture and environment. In 2015, Luka made his professional debut for the basketball team of Real Madrid against Unicaja on 30th April. In the season, he played 12 games scoring 3.5 points per game.

In the 2016-17 season, Luka rose to dominance as for the game against Montakit Fuenlabrada earned him the honor of ACB Player of the week. On 22nd December, he scored 16 points against Brose Bamberg winning the MVP award for the round in the Euro League. Also, Luka played about 42 games for the club scoring 7.5 points per game. In the 2017-2018 season, Luka played for 37 times scoring 12.5 points per game. Additionally, he won the Euro League MVP and became its youngest winner with an average of 16 points.

Luka Doncic: Net Worth and Salary

After signing a contract with Mavericks, Luka earns around $6,569,040 as an annual salary, and his net worth is $2 million. Additionally, he owns an Audi A7 Car which costs about $69,700 and Porsche Panamera that costs approximately $85,000 including his net worth.

Luka is a handsome young man who is ruling the basketball in his career as well as charmed the audience with his dashing looks. However, he is already in love with a young lady named Ana Maria Goltes. Although, it’s not sure when they started their relationship, Ana often posts about Luka on her Instagram. On 21st July 2018, Luka made it official about their relationship on Instagram.

Luka stands tall with a height of 6 feet and 7 inches and weighs around 99 kgs. He has brown hair color with brown eyes.

Luka is active on Instagram and Twitter with more than 2.3 million followers and 374k followers respectively as of April 2019.