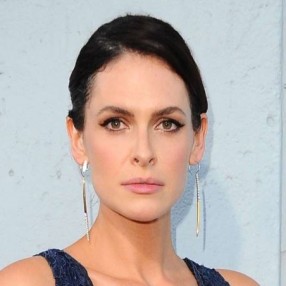 Who is Whitney Rice?

Whitney Rice is an American actress who rose to fame with the help of the Internet and TV Shows like The Last Tycoon and Suits. She has a YouTube channel Whitney Rice with more than 18k subscribers and uploads a mini TV Series like Lonely Woman and her vlogs.

Whitney was born in the United States of America and currently resides in Los Angeles, California, USA. She is of American nationality; however, her birth date details are not available. Also, there is no information about Whitney’s family and siblings.

Whitney created her YouTube channel on 22nd September 2011 and started to upload several comedy videos and vlogs about herself helping her to acquire 18k followers. Her favorite videos in her channel include a mini TV Series titled Lonely Woman in 2016, Webcam Model Audition Take2 with about 267k views to name a few.

In 2012, Whitney made her debut in the TV Screen with a small act as a Yoga instructor in the TV Show Southland followed by recurring roles in Mad Men in the same year. Later, she got featured in several TV Shows like That’s What She Said, Laid in America, The Gift, Morning Coffee to name a few. In 2014, Whitney became part of the mini TV Series Bad Weather Films as Lulu/Melania Trump.

In 2016, Whitney’s role as Mary Greer got her much needed recognition in the TV Screens with a TV Show named, The Last Tycoon. Also, she appeared in another mini TV Series, We the Internet TV in 2017 as Brenda Baker. Most recently in 2018, Whitney became part of the famous legal drama Suits as Nina Harford.

Whitney Rice: Net Worth and Salary

With all these works, Whitney should be taking home a considerable amount of income home although, Whitney’s net worth is not available and under review.

Whitney met the love of her life, Kevin Sussman, in 2018 while playing games during New York Eve and they were partners for the game. Although, they lost the game but were able to win each other’s’ heart after the event. Kevin is an American actor who is known for his role in the famous TV Sitcom The Big Bang Theory.

Whitney got married to Kevin in a private ceremony in 2018, and she posted a picture of them together on 8th January 2019. Also, she revealed how they met and fell in love with each other. Previously, Kevin was in a marital relationship with Alessandra Young from 2006 to 2017.

Whitney stands tall with a height of 5 feet and 9 inches and has dark brown hair color with green eyes.