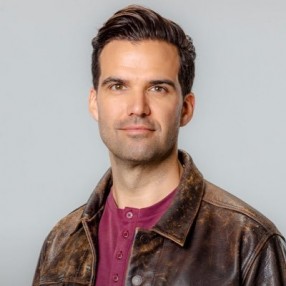 Who is Benjamin Ayres?

Benjamin Ayres is a Canadian actor who became famous in his home country with the help of TV Show Saving Hope where he portrayed the character of Dr. Zach Miller. He also got nominated by Canadian Screen Award for his performance in TV series Less than kind in 2013. As of 2019, Benjamin is in the news for being the new cast in the show Suits from 2018.

Benjamin was born in Kamloops, British Colombia, Canada on 19th January 1977. He is of Canadian nationality, and his birth sign is Capricorn.

Benjamin began his career in the acting world with a small role in the movie Summer as Jake in 2002 followed by another film Desolation: A Comedy. In 2007, he got featured in four movies including Fantastic Four: Rise of the silver surfer as a guard.

In 2008, Benjamin’s acting career got uplifted when he landed the role of Casper Jasperson in the TV Show, jPod. For the particular series, he got nominated by Leo Awards in 2008 for Best Supporting Performance by a Male. After that, Benjamin appeared in a series of TV Shows like Psych, Impact, Vampire Diaries, Flashpoint and so on.

With the TV Shows like Dan for Mayor and Less Than kind, Benjamin became series regular and got nominated by Leo Awards and Canadian Screen Awards for both shows. In 2012, his character of Dr. Zach Miller got the best out of his acting career and became part of the show till 2017.

In 2018, Benjamin made his cut in the show Suits as Gavin Andrews and will be appearing in the movie Chronicle Mysteries: Recovered as Drew Godfrey in 2019.

Benjamin Ayres: Net Worth and Salary

Benjamin’s career is in the high and should be earning the right amount of money as an actor; moreover, his actual net worth is about $500 thousand as of 2019.

Benjamin met his beautiful wife Erin in 2000 and went on a first date on 26th January 2000 as per his Instagram post. They dated for eight years and decided to tie the knot in 12th July 2008 in a ceremony surrounded by the loved ones. Even after a decade of their marriage, Benjamin and Erin’s have not sparked rumors like divorce and breakup.

Benjamin has two kids with his beautiful wife and loves sharing pictures of his family on Instagram. On 25th February 2019, he posted a picture of his daughter, Isadora who turned seven.

Benjamin stands tall with a height of 6 feet, and 1 inch has dark brown hair color with black eyes.